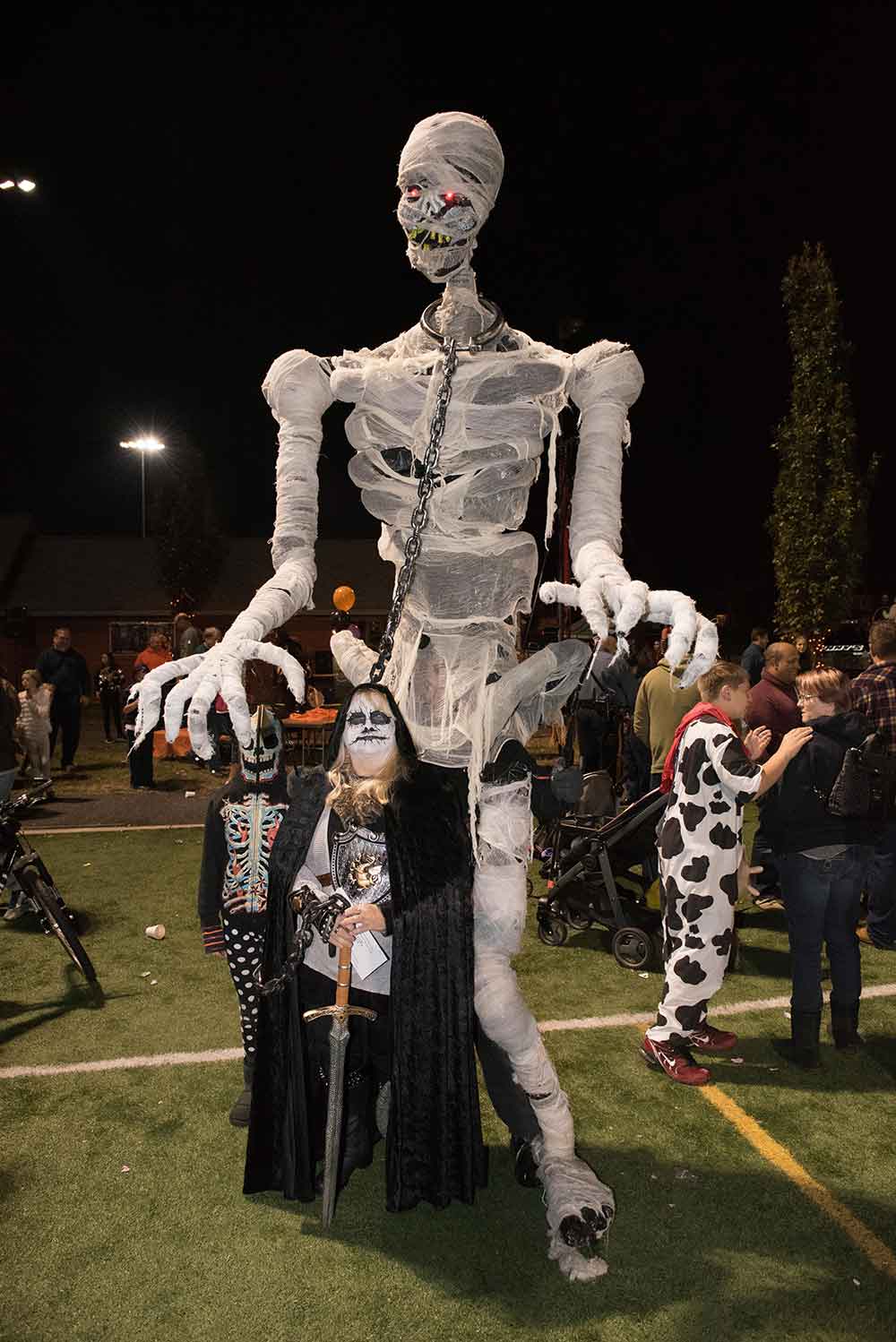 The Fantasy and Folklore of All Hallows

Halloween had its beginnings in an ancient, pre-Christian Celtic festival of the dead. The Celtic peoples, who were once found all over Europe, divided the year by four major holidays. According to their calendar, the year began on a day corresponding to November 1st on our present calendar. The date marked the beginning of winter. Since they were pastoral people, it was a time when cattle and sheep had to be moved to closer pastures and all livestock had to be secured for the winter months. Crops were harvested and stored. The date marked both an ending and a beginning in an eternal cycle.

The festival observed at this time was called Samhain (pronounced Sah-ween). It was the biggest and most significant holiday of the Celtic year. The Celts believed that at the time of Samhain, more so than any other time of the year, the ghosts of the dead were able to mingle with the living, because at Samhain the souls of those who had died during the year traveled into the otherworld. People gathered to sacrifice animals, fruits, and vegetables. They also lit bonfires in honor of the dead, to aid them on their journey, and to keep them away from the living. On that day all manner of beings were abroad: ghosts, fairies, and demons–all part of the dark and dread.  (more)

Once upon a midnight dreary, while I pondered, weak and weary,
Over many a quaint and curious volume of forgotten lore—
While I nodded, nearly napping, suddenly there came a tapping,
As of some one gently rapping, rapping at my chamber door.
“ ’Tis some visiter,” I muttered, “tapping at my chamber door—
Only this and nothing more.”

What do you get when you cross a vampire and a snowman? Frostbite.

What do you get when you cross a werewolf and a vampire? A fur coat that fangs around your neck.

What does a vampire never order at a restaurant? A stake sandwich.

What do you call a witch in the desert? A sandwitch.

What does a vampire fear the most? Tooth decay.

Where did the vampire open his savings account? At a blood bank.

Who do vampires buy their cookies from?  The Ghoul Scouts

What do you get when you cross Bambi with a ghost? Bamboo.

What do you call a fat Jack-O-Lantern? A plumpkin.

What do you call a ghost with a broken leg? A hoblin goblin.

Why wasn’t there any food left after the monster party? Because everyone was a goblin!

What does a skeleton order at a restaurant? Spare ribs.

Why should a skeleton drink 10 glasses of milk a day? It’s good for the bones.

Why don’t skeletons like parties? They have no body to dance with.